Problem: Soybean development and yield can be affected by weeds right from the start.  Developing soybeans are heavily influenced by what’s going on around them and can sense the presence of weeds even before they’re emerged.

WHAT THE RESEARCH SAYS:

The benefits of starting soybeans clean and keeping them clean are 2 fold:

Young developing soybeans are heavily influenced by what’s going on around them.  Research conducted by Dr. Clarence Swanton with the University of Guelph shows that soybeans sense the presence of weeds even before they are emerged.  Newly emerged soybeans respond to weeds by altering their growth, such as decreasing root size and nodulation.  This means that right from the very beginning, soybean development and most importantly yield are reduced if any weeds are present.  It also must be kept in mind that yield cannot be recovered, so it’s extremely important to prevent weeds from even emerging during the early stages of soybean production.

Keeping soybean fields weed free until V3 does more than protect yield, it improves in-crop weed control.  If an in-crop herbicide application is needed (to control any escapes and late geminating weeds) the size and abundance of the weeds will be significantly reduced from a PRE herbicide application.  This will improve the effectiveness of the in-crop herbicide.  Though yield reduction from weeds emerging after V3 is minimal, removing late germinating weeds benefits harvest efficiency, bean quality and reduces the number of weed seeds returning to the soil. 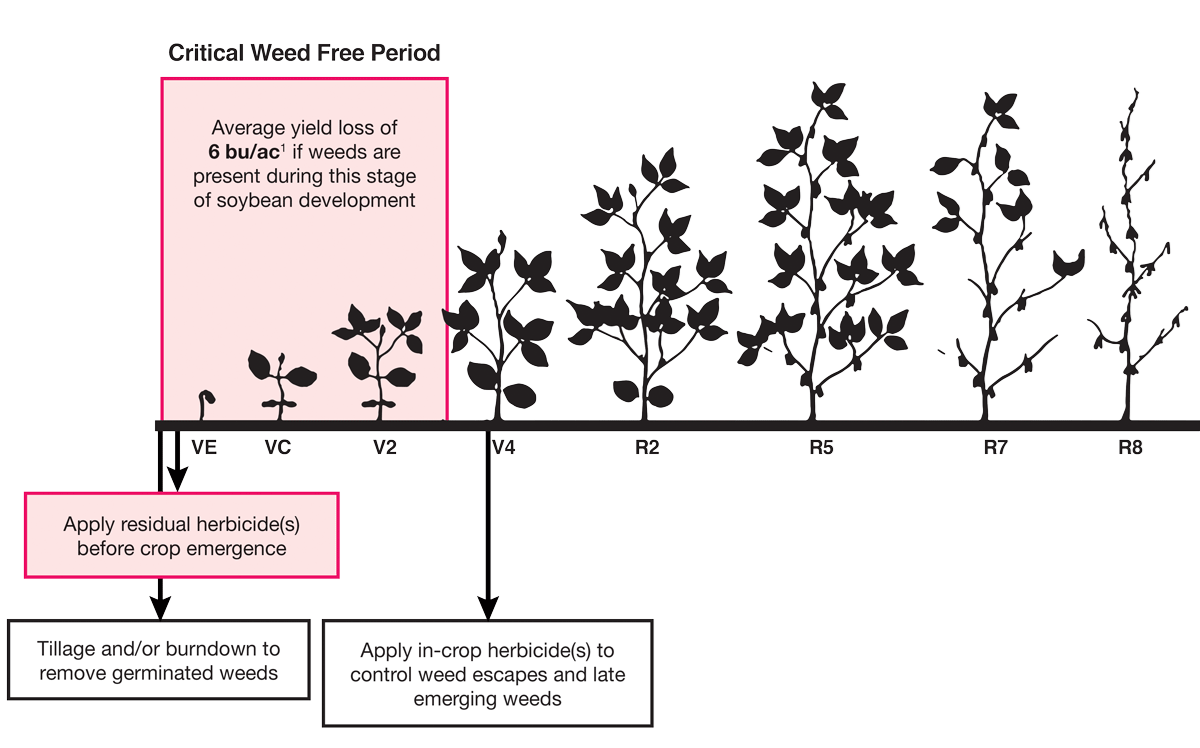 Authority® Supreme – your next line of defence against grasses, broadleafs & resistance in soybeans.