sustainable agriculture in India. To tackle the menace of Fall Army Worm (FAW) that attacked Maize crops in India in the second half of 2018, FMC tied up with South Asia Biotech Consortium (SABC), a science advocacy think tank in India. The project was named as FMC project SAFFAL (Safeguarding Agriculture and Farmers against Fall Armyworm) with the following objectives:

The project was inaugurated by FMC Asia Pacific Region President Ms. Bethwyn Todd, FMC India President Mr. Pramod and members of the FMC India Leadership Team. Project SAFFAL has gone on to become a case study in itself. It earned lot of appreciation and recognition at various global and local platforms such as International Plant Protection Conference, Asian Seed Congress, FAW Conference Indonesia etc. as an ideal grassroot-based extension project.

Project SAFFAL operating for the last 18 months now has led to mass awareness on FAW among farmers and other stakeholders such as government officials, agricultural universities, KVK, NGOs etc. It promotes good agricultural practices for controlling this dreadful pest and helps the country cope with the pest effectively and promptly, through awareness and capability building.

The FAW website developed under the project www.fallarmyworm.org.in has become a standard and reference for all the developments taking place in India around the pest. The promotional materials made to create awareness such as posters, leaflets, toys etc. were widely used by Agricultural departments and Universities across Maize growing states.

As we celebrate the successful completion of 2 years of this flagship knowledge leadership initiative, the SAFFAL team has many firsts to its credit already.

“We are happy that we have this opportunity to serve the farmers of India through our wide global knowledge and sustainable solutions”, said Bethwyn while launching the Project in May 2019 from our Mumbai head-quarters.

“Project SAFFAL is another of FMC’s initiatives that aim to empower Indian farmers to protect their crops against such dreaded pests, such as Fall Armyworm, leading to enhanced farmers’ income and farm sustainability. We are proud to be partnering SABC in this endeavor with Project SAFFAL.” - Pramod Thota, FMC India President, AGS Business Director.

“We have together pulled through a noticeable revolution in the agri-extension system in the hinterlands. We could successfully bring together different agencies including ICAR institutions, KVKs, SAUs, and state agriculture departments and NGOs in helping avert a threat to socio-economic, food and feed security in India”, - Dr C D Mayee, President, South Asia Biotechnology Centre.

“The success of the project is also a great demonstration of a classical FMC team effort, with everyone from Government affairs, Regulatory, R&D and Commercial teams delivering their best. The internal recognition for the project at the APAC level is very satisfying” - Raju Kapoor, Head-Public & Industry Affairs.

FMC India is committed to support farmers in helping them enhance their crop yields in a way which leads to safer food and sustainable agriculture. FMC field experts train farmers throughout India through a set of Good Agricultural Practices aimed at retaining Soil Health, using farming resources in a sustainable manner and on making farming more profitable and safer.

FMC Field Teams train millions of farmers every year, across various crops and geographies. This is done through a systemic program using the following tools: 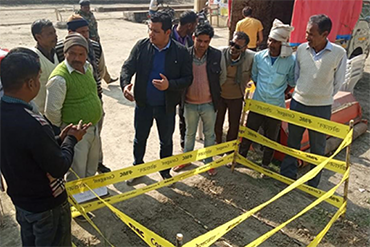 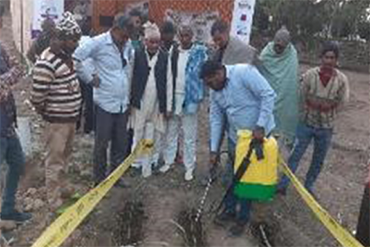 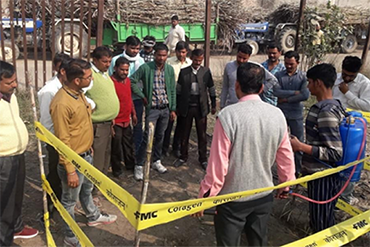 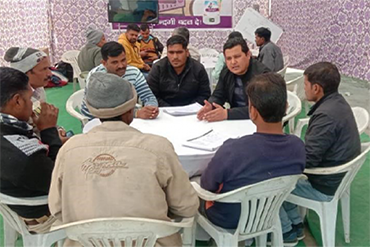 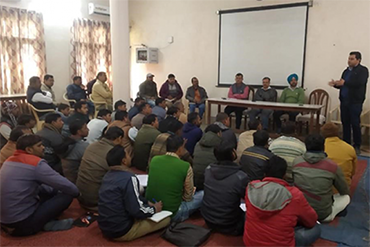 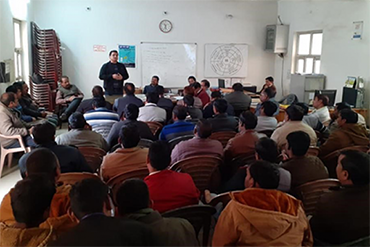 Soil Health plays an important role in determining the crop health and quality of produce. We believe in next couple of decades agriculture practices must undergo a significant change to mitigate soil health issues & related climate change. World’s leading bodies including United Nations, FAO and UNDP are taking lots of initiatives in areas related to Soil Health & Agriculture. With Ugam, an offshoot of our global Sustainability theme ‘Grow Well’, our endeavor is to support these global drives in a humble way.

On Dec 5th, a customized Soil Health Van with various communication and education tools, and soil testing kits was flagged off to travel to the hinterlands of our country with the said objective. The van started in journey in the state of Gujarat and was virtually flagged off by the company leaders. Our field teams reached out to thousands of farmers, distributors, retailers and other stakeholders via other activities also across the country to disseminate information about Soil Health & Nutrition. 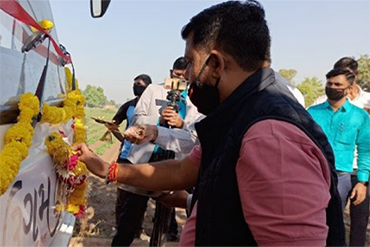 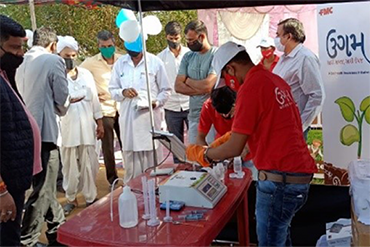 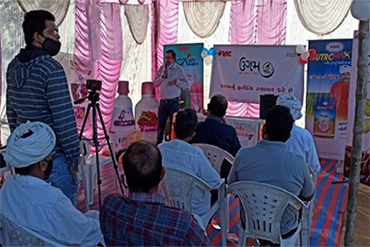 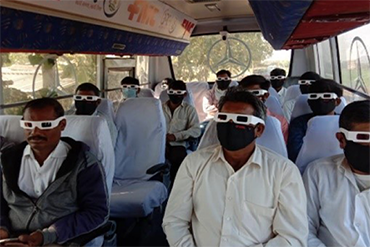 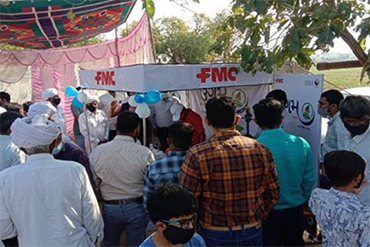