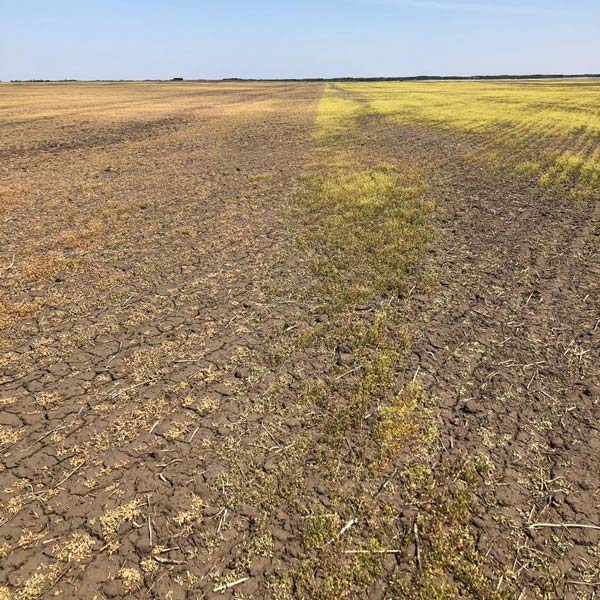 While drought was the dominant story in 2021 across much of the Prairies, there wasn’t a single storyline to sum up the weather in Western Canada in 2022.

Whether you faced too much rain or experienced a drought in 2022, a pre-seed herbicide application will be critical as you face a healthy weed population in spring 2023.

Flooding or drought… two different stories in Western Canada in 2022

In 2022, most of Western Canada started with a good base of moisture at seeding, a welcome relief after the previous year’s widespread drought. But then things started to diverge.

Some parts of the Prairies had good growing conditions with timely rains. But good spring seeding weather wasn’t the case north and east of Moose Jaw where rain just kept falling. Flooding meant Manitoba was really late getting the crop in the ground. A minimal number of acres in this area got a fall herbicide application as harvest was pushed so late due to late seeding.

Weather in Southern Alberta and Southwestern Saskatchewan went the opposite direction with no significant moisture all summer. In that part of the Prairies, few acres received a fall herbicide application because the ground was parched and there was very little weed growth.

Pre-seed herbicides will play a critical role in 2023

No matter where you farm, a good pre-seed herbicide application will be critical in 2023.

Drought-stricken areas got some heavy snow in October which replenished some soil moisture. Temperatures were low enough that weeds didn’t come out of dormancy with the moisture. That means they’ll likely come out aggressively in the spring.

The lack of fall herbicide applications means weeds will be well established by spring in the areas that got a lot of rain in Manitoba and eastern Saskatchewan.

Weeds jump early when adequate soil moisture is present. By spraying early, you help lessen the chance that weeds will outgrow crop stage restrictions for in-crop herbicides applications. It also means weeds will be smaller and more easily controlled by the in-crop herbicide.

No weeds growing? Even if there aren’t any weeds present at pre-seed herbicide timing, using a product with extended control can provide weeks of activity on emerging weeds.

One of the most important things you can do to protect yield is to reduce weed pressure during the critical weed-free period early in the season. Any weed competition while the crop is young can have major impact on yield.

Read more: Managing your pre-seed burnoff in a tight market

Aim® EC herbicide – A strong Group 14 glyphosate partner for enhanced burnoff prior to all major crops. Controls resistant broadleaf weeds and keeps cropping options open, so you can seed a wide variety of crops after application, including canola, pulses (including lentils) and cereals.

Intruvix® herbicide – This is the ideal burnoff before cereals, bringing fast activity and the power of systemic action. When added to glyphosate, the four modes of action fight resistance and control over 30 of the toughest broadleaf weeds like kochia, cleavers, dandelions and narrow-leaved hawk’s-beard.

Express® PRO – A product designed with Western farmers in mind, Express® PRO herbicide provides control of even the toughest broadleaf weeds. It brings both powerful burnoff and up to 15 days of extended activity for pre-seed applications.

Authority® Supreme herbicide – Give your crops extended 2-in-1 pre-emergent protection. Uses dual modes of action to dominate even the toughest hard-to-control weeds. Extended activity from both the Group 14 and 15 actives provides protection against grassy and broadleaf weeds in field peas, chickpeas and soybeans.

Command® 360 ME herbicide –This is the one for canola that is overrun with cleavers. With or without glyphosate, when you apply Command 360 ME herbicide pre-seed, its powerful Group 13 mode of action goes to work, controlling flushing cleavers and suppresses chickweed so you can take back command of your fields, while fighting resistance at the same time.

Focus® herbicide - Gives lentils and spring wheat growers powerful grassy and broadleaf weed control from dual modes of action. It can be applied at pre-seed, pre-emergence or in the fall for powerful, extended activity on both grassy and broadleaf weeds. Group 14 and 15 modes of action provide enhanced burnoff and extended control of a wide weed spectrum and an all-in-one resistance management tool.

Lentils are a "management intensive" crop. Learn about resistance management in lentil crops, and our recommended herbicide solutions.

Weeds, diseases and insects are a constant threat to your canola crop. Let our team of crop scientists sift through the latest research so you can keep your investment safe.

Cereals are Canadian's most widely-grown crop. Small grains have been grown on the Prairies since the early 1900s and weed control has been a problem ever since. Learn the best approaches to protect your cereal crops.

Although soybeans are quite adaptable, research is showing that they are very sensitive to early season weed competition and need all the help they can get until the plants are large enough to crowd out competition.

Here’s how to do a successful pre-seed herbicide application in a backward spring. 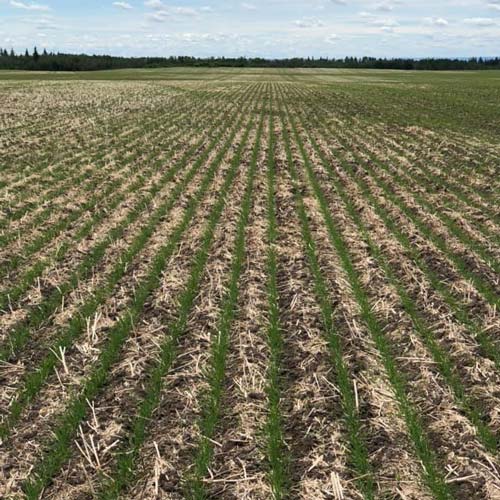 Yield-loss can occur very early in the season if weeds are left to compete with the crop through the critical weed-free period. It’s important to seed the crop into a clean seedbed but it’s also just as important to keep a field clean through the early growth stages of the crop.

Always tank-mix glyphosate with other herbicide mode of actions. Using a tank-mix partner with glyphosate is a best practice that pays dividends now and in the future. 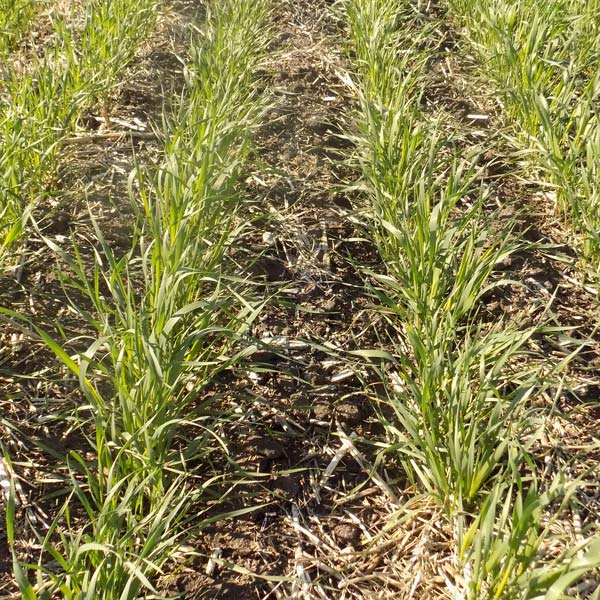 Starting clean with a pre-seed burnoff application helps reduce early-season weed pressure, which helps your crop get off to a good start. Remove weeds early, before they rob moisture and nutrients from the crop and that clean start is critical in producing in-the-bin yield.

It’s easier to control weeds at smaller stages. Winter annual weeds such as flixweed, shepherd’s purse, narrow-leaved hawk’s-beard and stinkweed are particularly bad. They remove a significant amount of soil moisture in the spring as they are very inefficient water users.