WHY FALL IS THE BEST TIME TO CONTROL WEEDS

From excess moisture to vigorous, early-emerging weeds, spring conditions won't always cooperate with your growing strategy. Time – the ultimate commodity – can also be in short supply. Applying herbicides in the fall, however, can alleviate early-season pressure. Indeed, doing so can add distinct advantages to your growing program.

Weeds are moisture hogs – and crops can't do much about it.

As identified by University of Nebraska-Lincoln, the development of just one pound of winter annual weed biomass (e.g. stinkweed or wild mustard) requires 800 pounds of water. Given that soil moisture is often in short supply in Western Canada, this is an important resource that needs to be conserved in the soil.

The fall application of a pre-emergent herbicide, however, was shown to increase volumetric soil moisture by a full 10 per cent one week after planting. 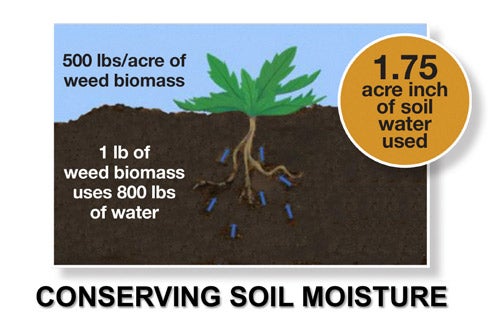 The problem:  Assume a field has 500 pounds of winter annual weed biomass (slightly above the average) per acre. If 800 pounds of water was required for every pound, the entire weed mass would have consumed 47,920 gallons of water from the field. That amounts to a total loss of 1.75 acre inches of moisture.

Insect pressure increases along with weed biomass. Cutworms and a variety of other pests, for example, can use winter annuals such as stinkweed and volunteer canola as a food source in spring. Fall-hatching army and dingy cutworms also feed on weed biomass, giving them a better chance of surviving tough winter conditions.

The solution is to remove as much of the food source as possible. Fall herbicide applications limit the edible biomass both before winter and in the early spring.

They appear again upon the arrival of spring, using available early weeds to feed until host crops emerge.

Replacing that amount of fertility is both time consuming and costly. But where winter weeds were controlled, crops planted the following spring had access to significantly more readily available soil nitrogen.

Getting to the root of the problem

Stopping problem weeds at the source means attacking them from root to shoot.

In fall, biennial and perennial winter annual weeds begin moving carbohydrates and sugars directly to the root in an effort to better their overwinter potential. If applied at this time – and particularly on sunny days – active ingredients can take advantage of this natural process by similarly moving toward the root system, subsequently eliminating the whole plant. 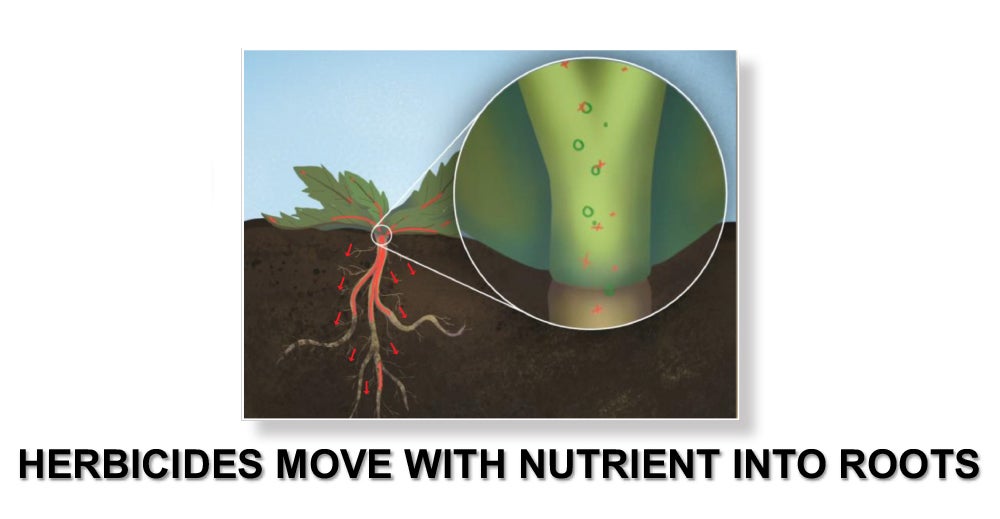 When using a burnoff product, spraying when temperatures are warmer and heavy dew is off the plant is best for moving the herbicide to the root. Ideally, temperatures should be cooling to 10 degrees Celsius and applications should be made prior to October 1st.

Including a systemic herbicide with your glyphosate burnoff in the fall enhances the control of many problem weeds. A fall application of Express® SG herbicide plus glyphosate, for example, increases control of overwintering dandelions by 30 per cent, as well approximately 15 per cent better control for stinkweed and flixweed.