A single common chickweed plant can produce up to 20,000 seeds, can overwinter along with winter wheat, and can be very competitive. If left unchecked, Common Chickweed can lead to yield losses of up to 32% in winter wheat.

Option 1: New emerged chickweed is out competed by the winter wheat in the spring. A spring application of a post-emerge herbicide that kills overwintered common chickweed rosettes can prevent yield losses from this weed.

Option 2:  Ridgetown (UofG) trials show that herbicides containing Tribenuron are the most effective at controlling chickweed in winter wheat. Apply Express® SG Herbicide pre-plant in the fall or Refine® M Herbicide and Barricade® M Herbicide in the spring to control this weed.

What the Research Says

Common chickweed is a creeping annual or winter annual weed.  Generally, it germinates in the fall, overwinters as a rosette, and flowers in the spring and summer.  A single common chickweed plant can produce up to 20,000 seeds, which can germinate and emerge from depths of up to 2 cm.  Common chickweed enjoys growing in moist soils and below the canopy of tall plants, such as winter wheat.

Some plants have evolved a way to outcompete their neighbours, by producing and releasing chemicals that interfere with the growth of neighbouring plants.  This phenomenon is called allelopathy.   A Canadian study in 1998 demonstrated that common chickweed can produce water soluble phenolic compounds that cause negative allelopathic effects on neighbouring winter wheat, resulting in reduced wheat growth. 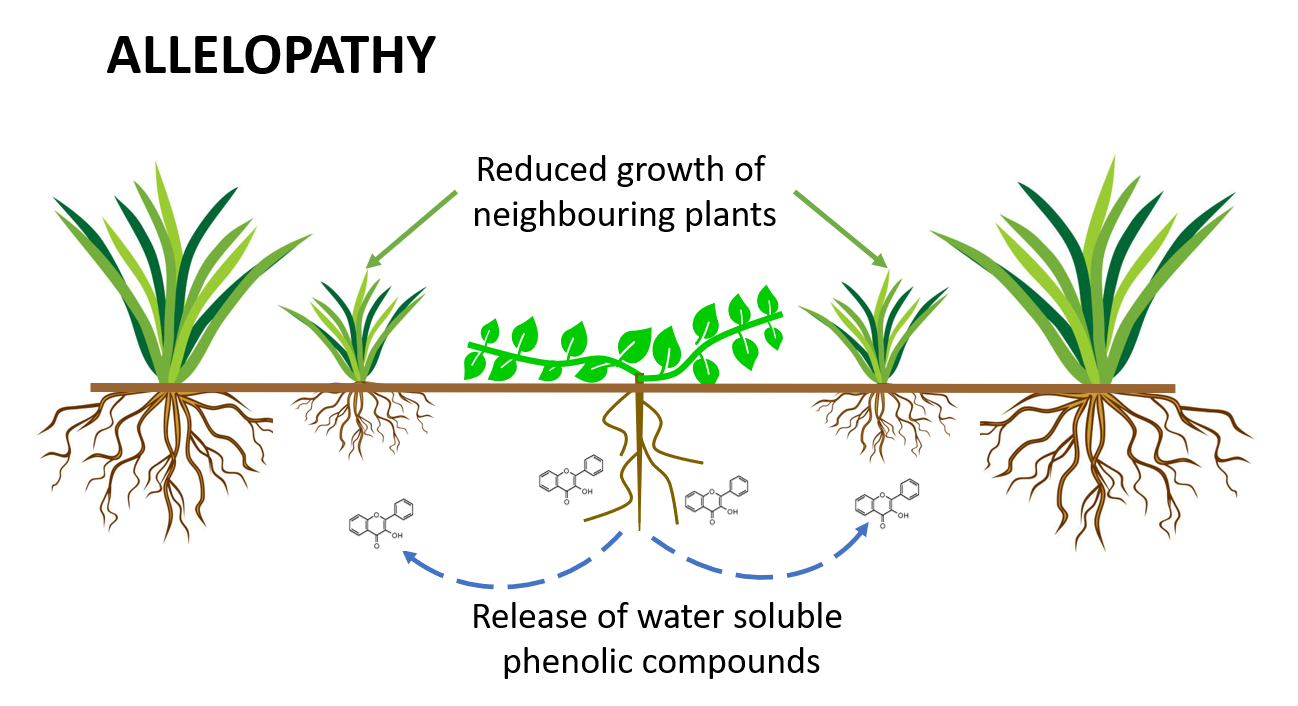 Benefits of a fall herbicide application