Though there are populations of waterhemp with Group 14 resistance, Group 14 herbicides that are applied prior to planting/crop emergence (PRE) are still effective in controlling waterhemp.

What the research says

Waterhemp is an annual broadleaf weed and a member of the Amaranth (pigweed) family. The weed is dioecious, having separate male and female plants, allowing genes to spread rapidly throughout the population, which contributes to herbicide resistance within the species. Waterhemp emerges throughout the growing season (from May to October) and the average plant will produce 300,000 seeds each. Seeds are small and easily transported by wind, water, and wildlife.

Waterhemp grows rapidly and early season control use of PRE residual herbicides is important to control the weed before it grows too large and is harder to eliminate. Canopy closure is key to controlling later emerged plants. A reduction in sunlight irradiation also decreases waterhemp growth efficiency. 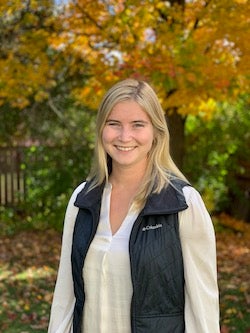 Emily is a recent graduate of the University of Guelph where she received her Bachelor of Science in Agriculture, majoring in Crop Science. She grew up outside of Ilderton, Ontario on her family’s farm where they cash crop and raise beef cattle. Emily enjoys showing beef cattle and has her own small herd of cows. During her undergrad, Emily became interested in weed science, competing on the university Weeds Team, and plans to complete her master’s degree at the U of G Ridgetown campus, studying herbicide resistant weeds.